“Crazy is having a kid while CEOing a start up.”

“Mavericks tend to be fearless, challenged and often don’t follow social norms but in entrepreneurship I think it’s more psychology than anything else.” 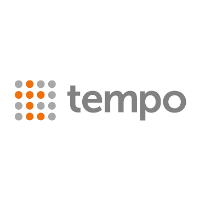 Raj Singh has been involved in a variety of mobile products over the past 15 years beginning with WAP games in 1999! He is presently incubating his next venture. Previously he was at Salesforce via acquisition of his company Tempo AI which focused on mobile productivity. Raj has worked on a number of apps that have retained top 100 in their respective App Stores across a range of categories (Utilities, Lifestyle, Photos, Productivity, Video etc). Raj has angel-invested in mobile, currently he is an investor in a mobile Seed fund called ENIAC Ventures tracking mobile ad tech and social graphs. Raj spends his free time getting better at riding his motorcycle and making time to hit the MMA gym!

WHY RAJ WAS INTERVIEWED

I met Raj at Dealmaker Media’s Grow Future of Business Conference which brings together startups from all over Canada and the West Coast. 2013 was about the future of innovation, growth, and entrepreneurship, curating an environment that brought together technology pioneers, founders, executives, influencers and investors who are passionate about identifying problems worth solving. Raj was included as I heard him speak and realized he was a potential maverick to include. Raj is a risk taker, connector, someone who trusts himself and a friend.

Early interview so this question not asked.

“The war stories of other CEO’s as each of them helps shapes how I think about things.”

ADVICE TO OTHER MAVERICKS

“Just go for it.  Too many folks are tentative in making the leap and/or not ready to jump into the pit, but the reality is once you start doing you will hustle and learn fast and the pieces will staff to fall into place.”