Founder and Partner of the THNK School of Creative Leadership

“Crazy is being quiet and calm .”

“So two possibilities.  So there’s people who know the rules, who understand the playing field and who purposely go out and either ignore them or try to break them.  They feel that those rules, those boundaries, those frameworks are limiting and they get a certain sense of energy, and a certain sense of awareness, a certain sense of self actualization by actually breaking those boundaries.  The second group of people who actually don’t even know there are boundaries.  They’re unaware of the boundaries. Rem Koolhaus is the most accomplished architect living today.  He’s a Dutch guy and his nephew launched a shoe store called United Nude.  And it’s really gorgeous women’s shoes.  They’re all 3D printed and on the window of the store it said ‘We set out to redefine the design of women’s shoes, not because we knew the rules but exactly because we didn’t know the rules.’  So there are people that actually break the rules without even knowing they break the rules.  And they only learn about what those limitations are after they’ve broken the rules.” 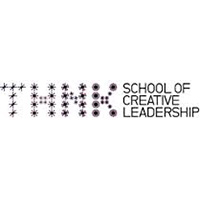 Lee Feldman is founder and partner of the THNK School of Creative Leadership. Prior to this, he founded CycleSpace; co-founded and served as Chief Experience Officer of the digital agency Blast Radius (which went multinational 10 years after its beginnings in his apartment); mentored with Rockstart; was CMO of FITMO; and was a design sales consultant for IKEA Business.

The ideas that give Lee the biggest charge are atypical—not solely about communication, but about the power of corporations to drive and benefit from positive social change.

Lee has been recognized with gold and silver Clios and mentions in Communication Arts Design Annuals and Marketing Magazine’s Top 100, and has contributed to numerous global design and awards panels. His mission: Think and do things different and better.

WHY LEE WAS INTERVIEWED

I came across an event on Facebook by the THNK School of Creative Leadership and when I read about Lee I knew I just had to interview him.

“Everyone has potential to be a creative genius, like what Sir Ken Robinson talks about.  So it’s not about do you need creativity to be a maverick. It’s more what type of creativity are you tapping into to be a maverick.  Like some people are tapping more into maybe a real love of numbers and being a maverick because they understand that world. The world of creativity wouldn’t necessarily recognize that as creative if they’re deep into structure and hierarchy and all that.  Creativity is the materials and the mindset and the processes and the methodologies maybe you take, and innovation is perhaps more the outcome.  Being a maverick is directly related to innovation.  I don’t think you have to be a maverick to innovate, to reach an outcome of innovation, but it makes it a lot easier.  I think the path is shortened to get to some kind of innovation outcome because the insights that the maverick is bringing tend to be insights that are very original and are self-evident once they are articulated.  So other people instantly get it and that becomes the raw material for reaching the innovation.”

“Veronika Scott of The Empowerment Plan which manufactures a coat that transforms into a sleeping bag at night, and a bag when not in use.  The coats are distributed to homeless people living on the streets at no cost to them through partnerships they have established with outreach organisations in communities around the nation.”

“Don’t sweat the small stuff.  If you know what you’re really good at, and you’ve mastered something in life, that sets the stage for you to be a maverick.  Then take the biggest chances you can take, cos you’re never going to find yourself on the street begging for money.  You’re always going to find your footing.  You’re always gonna find something to do.  You are an enterprising person who thinks differently.  You never have to worry, so because you don’t have to worry about that you can take the biggest risks and chances in the world.  And if you do decide to basically throw it all out there and fail as big as epically as you possibly could, then you’re a maverick in my books.  That is brave.  I look up to that.  Fail as big as you possibly can.”