CEO and Founder Traction on Demand

“Someone that’s kind of brave enough to roll things back to assume everything is not new, to look at history as a source of wisdom, but almost view it as a source of paths and beg the question around whether or not things can be done completely differently.” 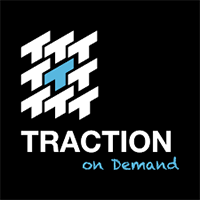 Greg Malpass is CEO and Founder of Traction on Demand, a cloud technology consultancy and software development firm. He’s the first to admit that his intentions in starting Traction were very simple: to serve a small number of clients and help them better unite their sales and marketing teams. Contrary to his early intentions, and using his unconventional leadership style, Greg has grown Traction into a nationally recognized brand with 200+ Tractionites, and in 2014, Traction was named top 10 best place to work in Canada for the past three consecutive years. While Greg rarely admits to having a plan (or business guess), he is the first to share his hopes for Traction, which are to build a company that plays a positive and purposeful role in the lives of its team members, customers, partners and community.

WHY GREG WAS INTERVIEWED

Greg was recommended to by Marc Carn who was creating the new Traction offices that contained an air streamed trailer as an internal feature.  Marc suggested Greg as a definite maverick to include.  Greg is a fast executing creative visionary who knows how to have fun.

“I’m certain there’s mavericks out there that aren’t creative but they’re rigid in what they want an outcome or a feeling to be right. And so that’s certainly another kind of form of being a maverick. In my world creativity is HUGE because it’s trying to find the most efficient way of accomplishing the task. I blend creativity and innovation. Innovation is just basically taking what’s existing and making everything better. So my core why, have you ever read The Why Engine? It’s a great little book. My why is always improving, never satisfied.”

“Isolate the things that are holding them back and eliminate it.”