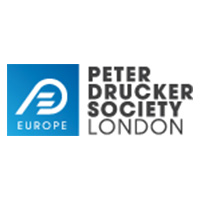 David Chan is Commercial Director of the Peter Drucker Society London.  As part of a team that created the DSL, he assumed executive responsibility for commercial activities including revenue generation, sponsorships etc.  It aims to inspire a shift in management culture that renews the role of enterprise towards a future aligned with societal purpose and true value.

David is also Director, Information Leadership Network at Cass Business School  His expertise is that of being a generalist with a deep understanding of effectively exploiting technology. He is a published writer, commentator, educator and likes to think of himself as a thought leader.

WHY DAVID WAS INTERVIEWED

I came across David via the Drucker Society London and reached out to him for an interview, only to find that he worked at Cass Business School where I was doing my Masters in Innovation, Creativity and Leadership.