Co Founder and CEO of Incitement

“Crazy is a compliment.”

“I would define a maverick mostly by being disruptive. Always trying to be disruptive and even though they have this big idea, this big vision moving towards something and they know that failing is the most likely option they will still proceed with it anyway simply because this idea is worth failing for.” 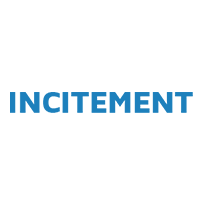 Daniel de Gruijter is the cofounder and CEO of Incitement; the next-generation social business – powered through inspirational talks – connecting proactive youths, social causes, and sponsors, to contribute to tackling global issues together.

Incitement was founded late 2011 and today its events are being organized in 43 countries. Nominated ‘Most Inspirational Movement’ by FACES Magazine, ‘Fastest Growing Global Movement’ by MasterPeace, listed as a Forbes 30 Under 30 company, and recognized by Richard Branson’s Talent Unleashed Awards 2014, Incitement is slowly but surely becoming one of largest and most influential youth organizations on the planet.

WHY DANIEL WAS INTERVIEWED

Daniel was introduced to me by Paul Helman of Soulfirexp who I had already interviewed and knew the project.  Daniel is driven, passionate, stubborn and really cares.

“Don’t let anybody tell you what you can or cannot do.  I think that’s the most important thing, especially if something is taboo.  You always want what you can’t have.  If you feel you are a maverick surround yourself with as many people that tell you that what you’re doing is not the right thing.  It’s going to push you to do it even more.”