“Crazy is… I hate copycat world.”

“Comes out of box something. So I’m that person from my childhood I hate routine work. I hate routine day. I always think about something a solution that’s simple, so that makes me maverick maybe. Not doing something, not going to happen something.  So in my mind I will say, everything can be possible.” 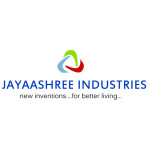 Arunachalam Muruganantham is Founder of Jayaashree Industries,  a social entrepreneur, and inventor of the low-cost sanitary napkin making machine.  His vision is to make India a 100% napkin-using country.  Muruganantham re-engineered a sanitary machine, and in 2006 it won the award for the best innovation for the betterment of society from the Indian Institute of Technology, Chennai. He also received an Indian presidential award for innovation. Arunachalam was voted one of Time Magazines 100 most influential people of 2014 and has recently received the Padama Shree Award by the Government of India.

WHY ARUNACHALAM WAS INTERVIEWED

Upworthy who share awesome, fun, interesting videos and graphics about stuff that matters posted on a man who had revolutionized sanitary pads for women in India by thinking like a woman. I read the post and realised Muruganatham was a maverick. 6 months later Murugantham says Yes, and he is going to be in Seattle. I find he is due to be presenting on Cultures of Innovation at the Grand Challenges a family of initiatives fostering innovation to solve key global health and development problems, part of the Bill & Melinda Gates Foundation.  I got myself down there and in that room by attending as a freelance journalist who would write a piece on the event and interviewed Murgantham just before he went on stage with Bill Gates. Muruganantham is humble, down to earth, realistic. I learn this more and more as we converse and meet.  He asks me when I’m going to interview Bill Gates, and I say, as soon as he says Yes.

“Maverick and creativity are definitely related. The moment you feel something, you are doing something different. The difference you show it in making things. You are not able to make then don’t brand yourself as a maverick. It’s mad. The moment you pronounce the word innovation it is something unknown. So the moment you’re attempting to do something unknown then it is not understand by other people or by the world. So that’s why you get branded into maverick.”

“I don’t have such a thing, because the moment you are having such a thing in your mind, you are just an incremental out of it and I am an original piece – that’s it.”

“Don’t try to persuade your wife, your families or society.  You spend time on that you’re not going to achieve.”